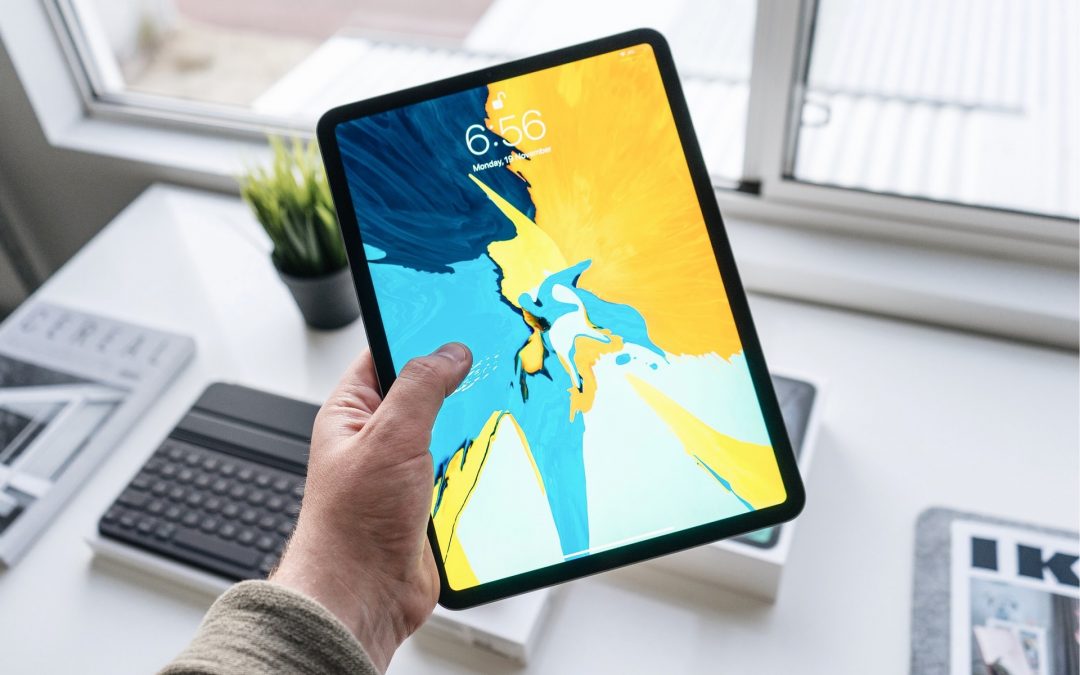 Last week, Apple was back in the headlines with some big announcements. The two key takeaways were a new iPad Pro and a new MacBook Air for 2020. Rather than being complete overhauls, these new devices are incremental updates, but they’re incremental updates in the right direction. Being big fans of Apple and their products here at SLYK, we’re here to give you the details you need to know.

The reigning king of tablets gets another boost, moving it even further ahead of the competition. The cameras get a big improvement following the spectacular iPhone 11 Pro from 2019, boasting a 12MP Wide camera and new 10MP Ultra Wide camera, perfect for capturing more with your iPad. It’s no slouch in the video department either, shooting in 4K resolution, much like its predecessor.

It also received an internal upgrade; the new A12Z bionic chip makes the iPad Pro the fastest and most powerful tablet you can buy. Apple claims that it’s even faster than most PC laptops, so if editing huge photo and video files, or playing power-intensive games is your thing, this iPad has got you covered.

As well as the spec boosts, the new iPad Pro gets a fantastic new accessory in the form of a full-sized keyboard. Dubbed the “Magic Keyboard” (what else would Apple name it?!), it offers probably the best typing experience for a tablet, rivalling most laptops. It also features a touchpad, further closing the gap between tablets and laptops. It makes more fiddly tasks like using spreadsheets and highlighting text easier, speeding up your workflow. These improvements show just how committed Apple is to delivering a device for professionals.

If you already have an iPad Pro, it’s probably not worth upgrading. However, for everyone else who gets a lot of use from their tablet, this is one to consider. It has a hefty price tag, but in the world of thousand-pound phones and tablets, this is one device that deserves its price tag more than any other. The 11-inch version starts at £769 and the 12.9-inch version starts at £969.

Apple’s most successful laptop gets a refresh for 2020. The new MacBook Air isn’t massively different from the older one, but every feature is improved to make for a far better user experience. Its Retina display has a fantastic 4 million pixels and 48% more colours than before, which makes for extremely vivid yet realistic viewing. The touchpad is 20% bigger too, giving you more tactile control over what you’re doing. Swiping, scrolling and zooming are all easier to do with a larger touchpad. Apple have also given the baseline model a boost, starting with 256GB of internal storage – double that of the previous Air’s baseline.

Perhaps the most significant update is the keyboard (called the new Magic Keyboard); here, Apple have taken a step forward by taking a step back. For the past few years, Apple’s laptops have featured butterfly keys. These keys are shallower than other types, allowing Apple to make their laptops incredibly thin and sleek. The downside is they’re less enjoyable to type on, and since the primary way we interact with our laptops is via the keyboard, that’s a pretty big flaw. In the new MacBook Air, Apple have used a redesigned scissor key mechanism, reminiscent of their laptops from a few years ago. These have much more travel (they’re deeper) which allows for more accurate and satisfying typing.

As we’ve said already, these aren’t huge changes that redefine tablets or laptops. Instead, Apple have taken the approach of “if it ain’t broke, don’t fix it”, only making minor tweaks and changes in areas where it matters most. You get the same, familiar iPad and MacBook experience with a few key improvements to maintain their position as market leaders.

What we’re most excited about is the fact that the new iPad Pro is compatible with our very own SLYK device stands. Recline in comfort and enjoy the best tablet in the world with our ergonomically designed stands. Don’t punish your neck by looking down at your lap while you surf the web or watch your favourite shows. Allow our Pillow Stand, for example, to do the work for you. Check out our full range of products and find the right stand for you and your home.